GULF CRAFT ANNOUNCES THE LAUNCH OF ITS MAJESTY 120 SUPERYACHT

UAE, 20th February 2020: Gulf Craft is proud to announce the official launch of its brand-new superyacht, the 37-meter tri-deck Majesty 120. The stunning addition to the Majesty Yachts – Superyacht Collection of luxury motor yachts took to the waters of the Emirates for the first time on 18th February.

Launched on schedule, advancement of the technologically engineered and exquisitely designed superyacht represents a major milestone for the Emirates based yacht builder. 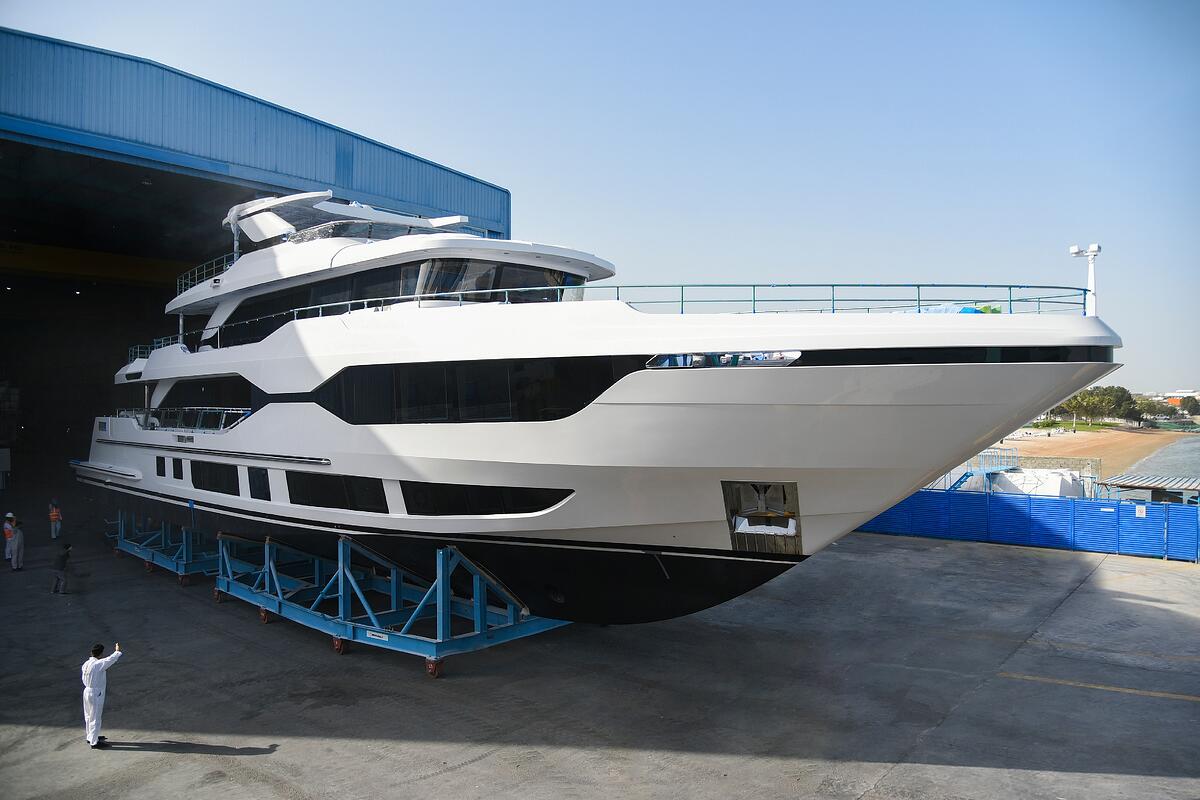 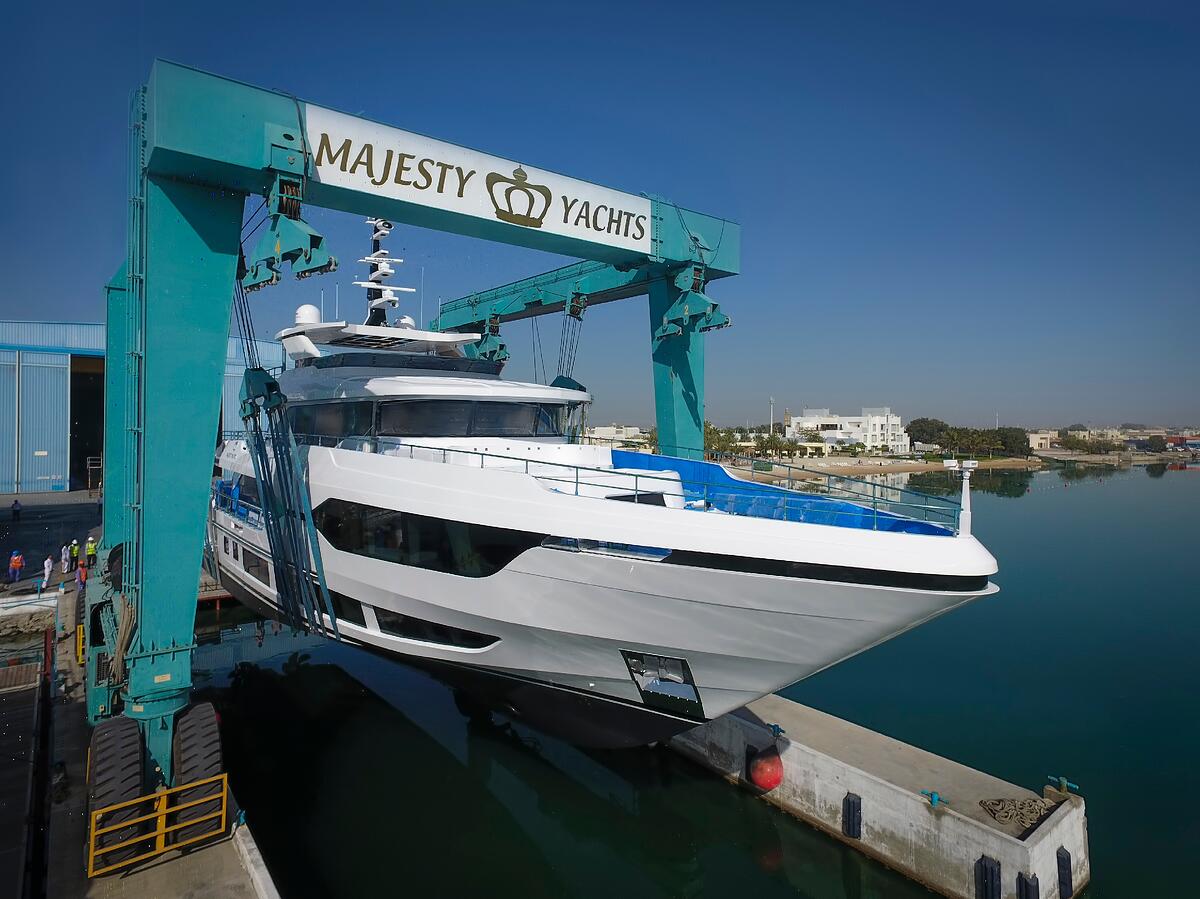 Paul Gray, Gulf Craft Chief Operating Officer, said: “This is a momentous day in the proud history of both Gulf Craft and Majesty Yachts. With its efficiency and comfort onboard, as well as more usable living space, the Majesty 120 is a superyacht perfectly tailored to suit European and American markets, as well as appealing to our home GCC territories. This truly represents the start of a new era for our company as we strive to bring more to the yachting world with every new product launch.”

The launch of the Majesty 120 represents the latest chapter in the story of a project that was first announced during the Monaco Yacht Show 2019 by Mohammed H. Alshaali, Executive Chairman. Constructed using advanced composites such as GRP and carbon fibre, the Majesty 120 is one of the company’s most highly anticipated projects to date.

Since its announcement, the team has received multiple interests in this superyacht. Nizar Tagi, Chief Commercial Officer said: “The superyacht tri-deck Majesty 120 has ample features and smart layout configuration that opens its market opportunity to international markets. Beautifully designed interiors and timeless exterior lines makes the Majesty 120 a unique proposition in the market today.”

In a series of engineering breakthroughs for Gulf Craft, the superyacht is the first-ever Majesty Yacht model to have its onboard equipment fully electrically powered, with no hydraulic systems being used. The result is a noise-free environment and a less demanding maintenance lifespan. Only the engines and generators remain powered by conventional diesel methods.

The superyacht’s dynamic exterior profile features angular lines and contemporary styling. The shipyard’s in-house design team followed the new DNA of Majesty Yachts – Superyacht Collection as featured on the award-winning Majesty 140. One of the key features onboard is the vast sun deck space, which is 30 per cent larger than yachts in its class. 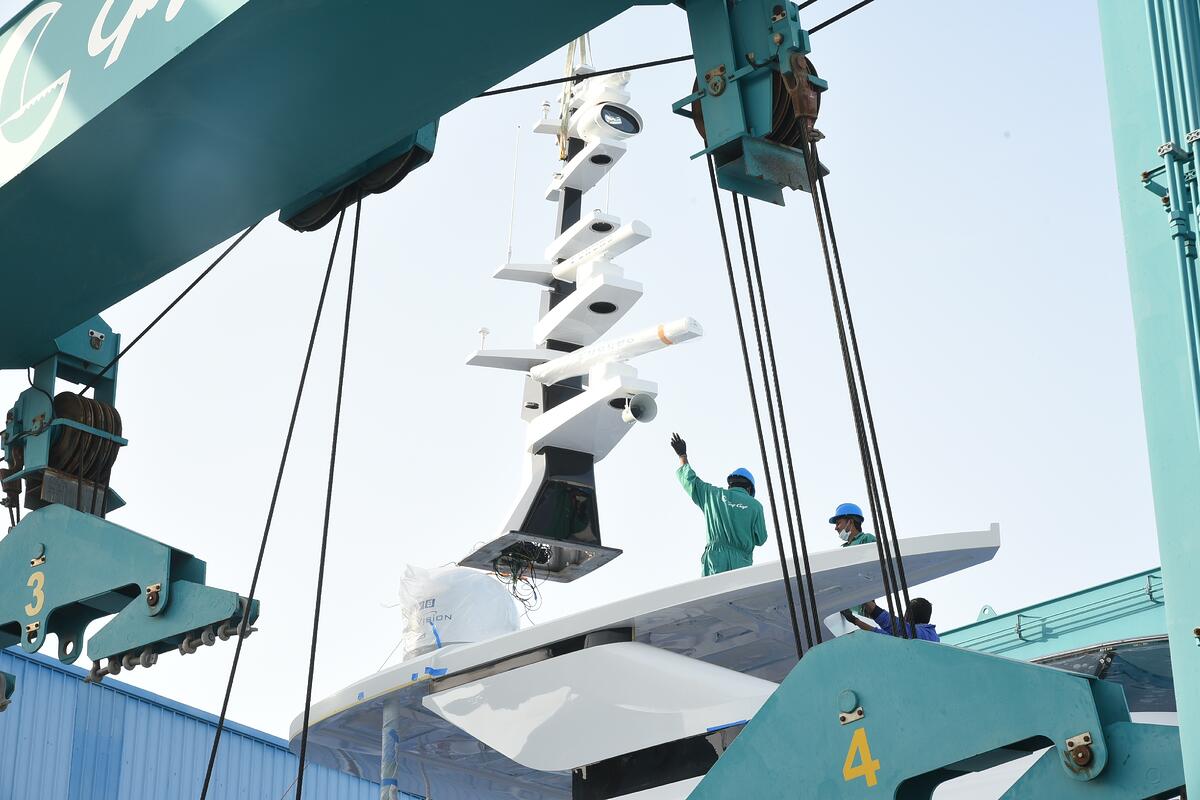 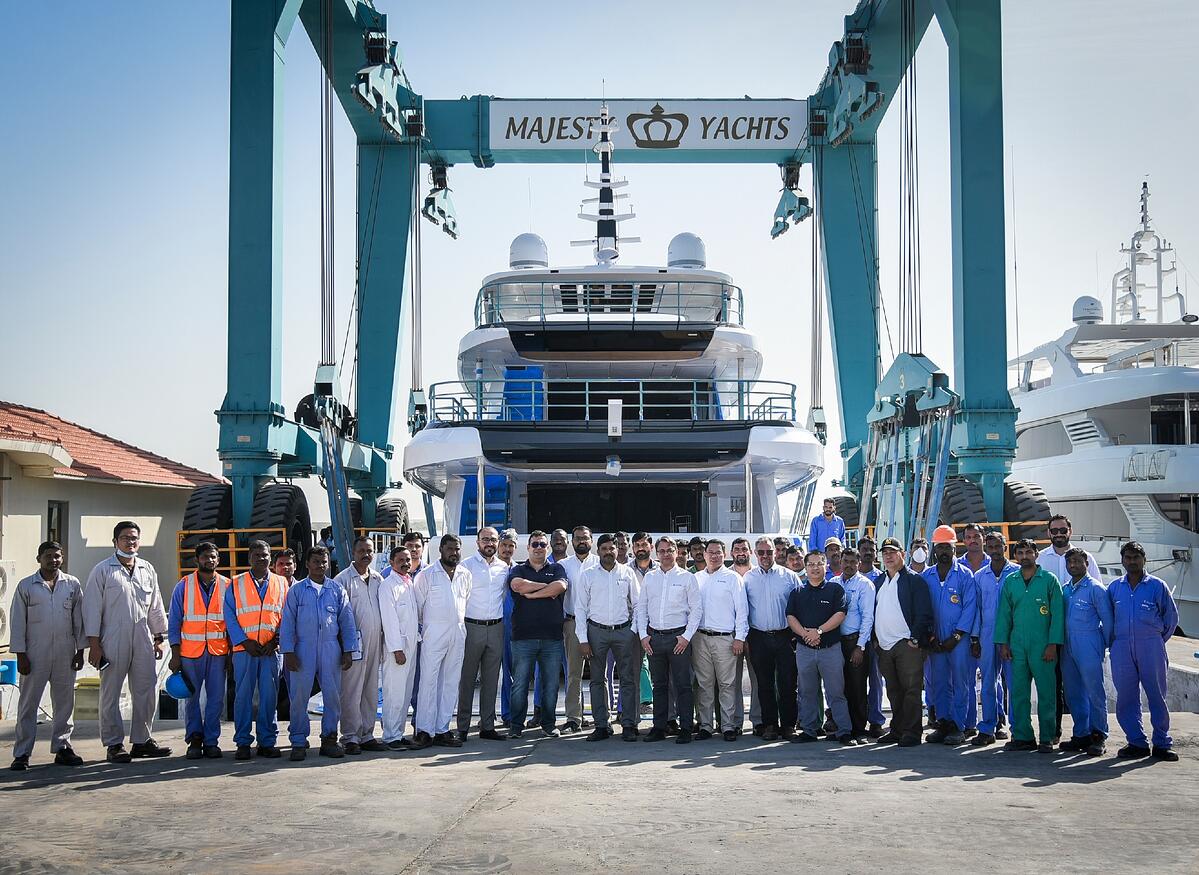 Onboard, the Majesty 120 accommodates up to 11 guests across five spacious staterooms in a first-of-its-kind asymmetric layout. A total of seven crew are also accommodated onboard.

The launch of the Majesty 120 follows a series of construction updates in recent months. The hull was first released from the mould in the first quarter of 2019 in an example of Gulf Craft’s efficient production methods.

Then in December, Gulf Craft announced that the superyacht’s main deck and sun deck had been successfully joined to the hull. This sandwich-construction and smart module thinking ensured the build schedule would be shorter, thereby ensuring that the completion deadline of March 2020 was met. 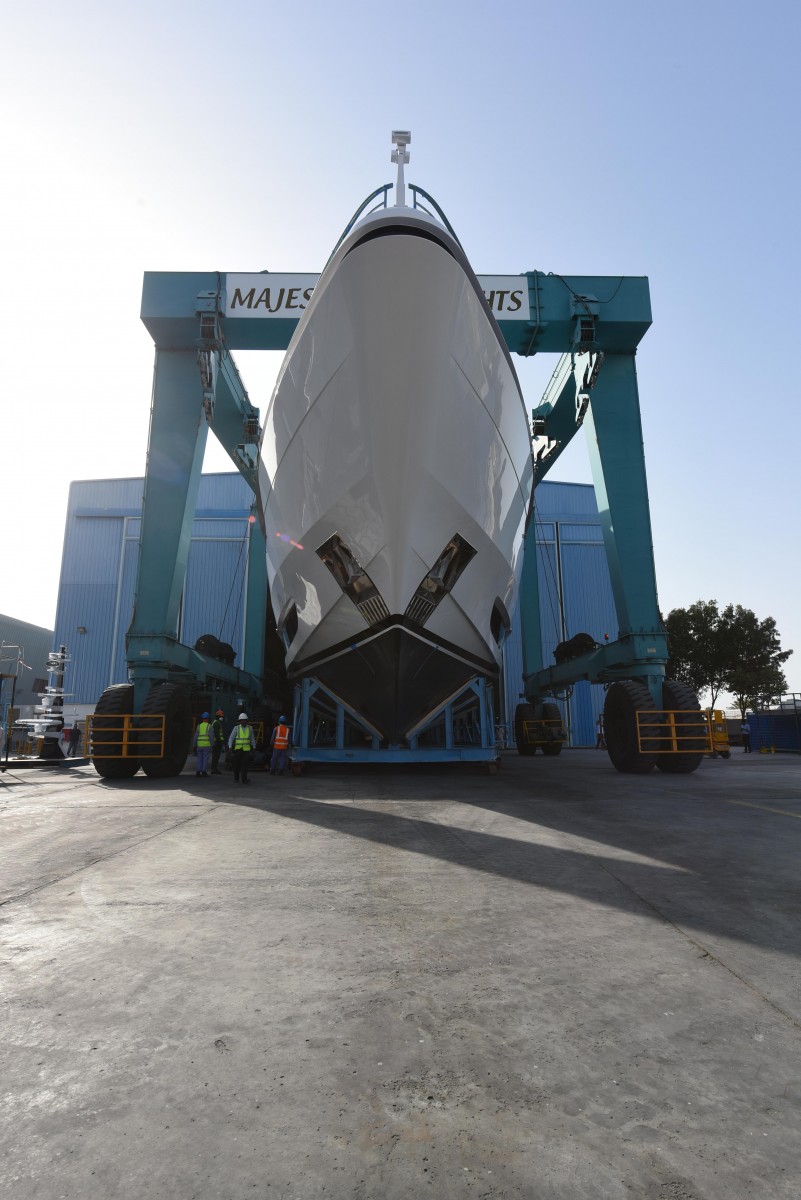 Now ready for delivery, she will make her global premier at this year’s Dubai International Boat Show 2020 as one of the sustainable yachts on display. 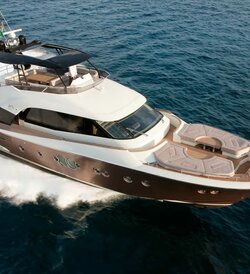