November 26, 2020, UAE: Gulf Craft is proud to announce the launch of the much-anticipated Majesty 175, the largest composite yacht in production today. The splashing ceremony was held at the Shipyard in the United Arab Emirates and celebrated along with the yacht’s owner, a prominent Emirati businessman. 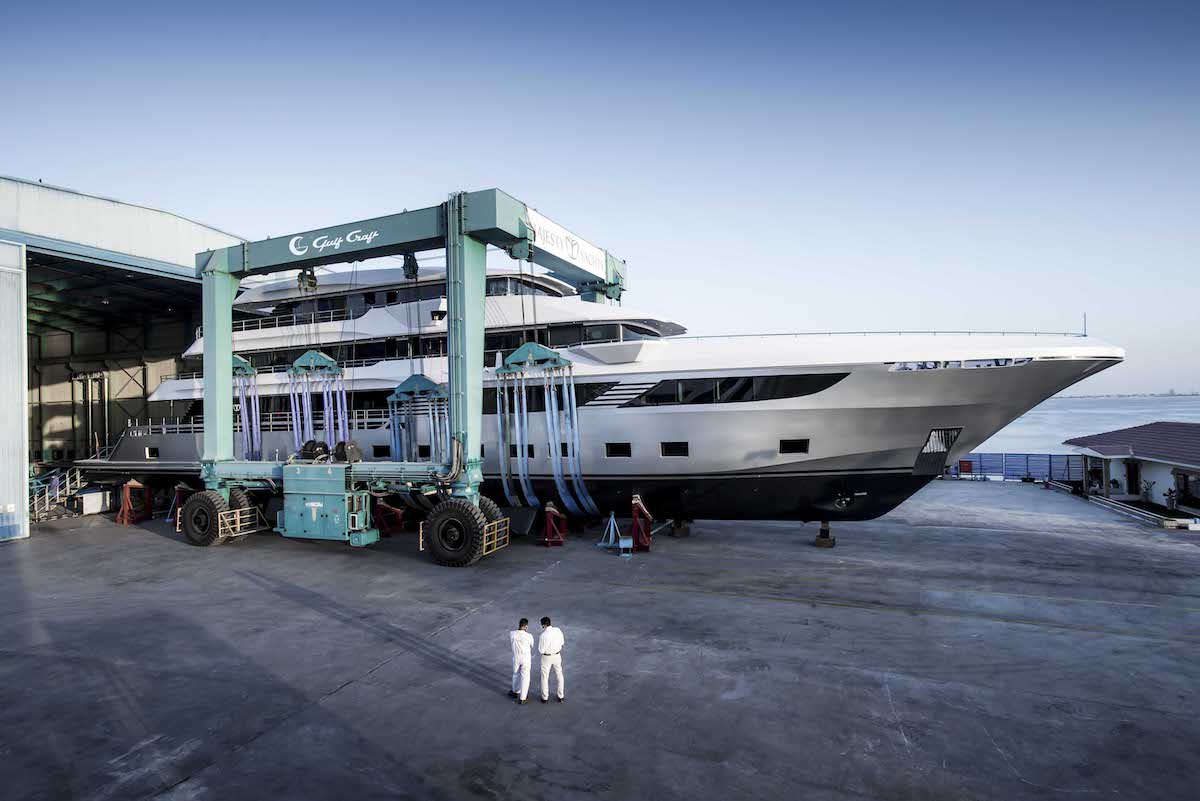 The project has been underway for 4 years and has garnered much anticipation since the announcement at the Monaco Yacht Show in 2016. Her status as an industry game-changer has piqued the curiosity of yachting professionals and enthusiasts who have been actively awaiting the project’s completion.  At a length of 54 meters and a beam of 9.6 meters, the Majesty 175 is Gulf Craft’s largest yacht to date and cements the shipyard’s position as a leader on the global superyacht stage.

Gulf Craft’s Chairman Mohammed Hussein Alshaali marked the occasion by saying, “This is a very special day in the history of Gulf Craft. I’m proud of everyone who contributed to this magnificent jewel and to launch it today as the largest composite production megayacht in the world. This project took 4 years of hard work and dedication from the entire team to manufacture. I believe that with building the Majesty 175, we have set a new trend in the market that many shipyards in the world will follow.” 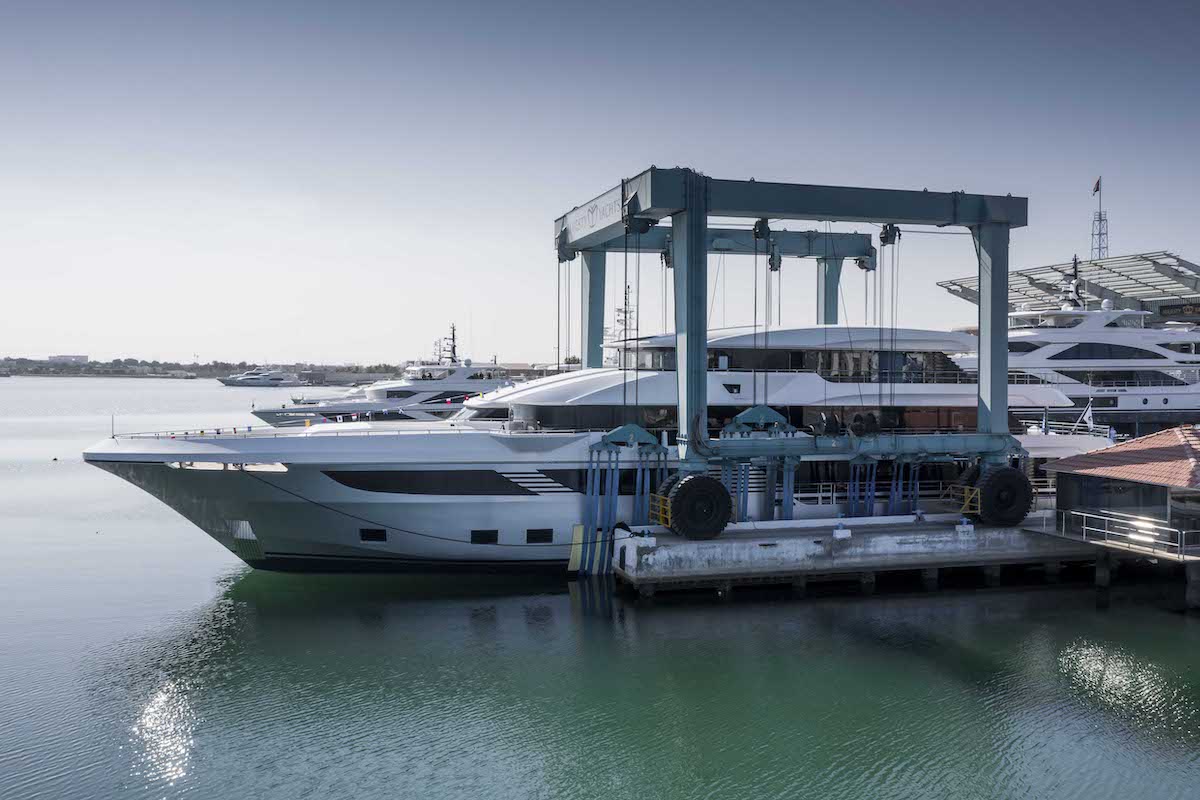 The yacht’s interior and exterior lines were penned by Cristiano Gatto of Cristiano Gatto Design Studio based in Italy, while the naval architecture was provided by Massimo Gregori of the Yankee Delta Studio, who was also responsible for the hull of the shipyard’s Majesty 155.

With a gross tonnage of 780, the Majesty 175 offers accommodations for 14 guests in 7 spacious staterooms. The owner’s suite is situated forward of the upper deck allowing dual side access to a 5-meter-long pool with a unique swim-stream feature.  There are 6 large crew cabins as well as a private captain accommodation.

Being built to MCA regulations (for yachts above 500GT) and using advanced composite materials such as carbon fiber and vinylester, this yacht sets new standards for innovation and technology in the yachting industry.  This material advancement allows her to cruise through low draft areas, such as the Caribbean sea, drawing only 2.25 meters of water.

She is propelled by two fixed pitch six-blade propellers and is powered by twin heavy duty MTU engines 12V 4000 M63 developing 1500kW each. Her onboard electrical supply comes from a pair of 175 kW Kohler generators and is equipped with two pairs of TRAC fin stabilizers. On completion, the yacht will have a full speed of 16.5 knots. At a cruising speed of 10 knots, she has a range of 4,000 nm, making her a transoceanic vessel. All safety equipment required for a yacht over 500GT has been installed. This includes a SOLAS rescue boat and an emergency generator. 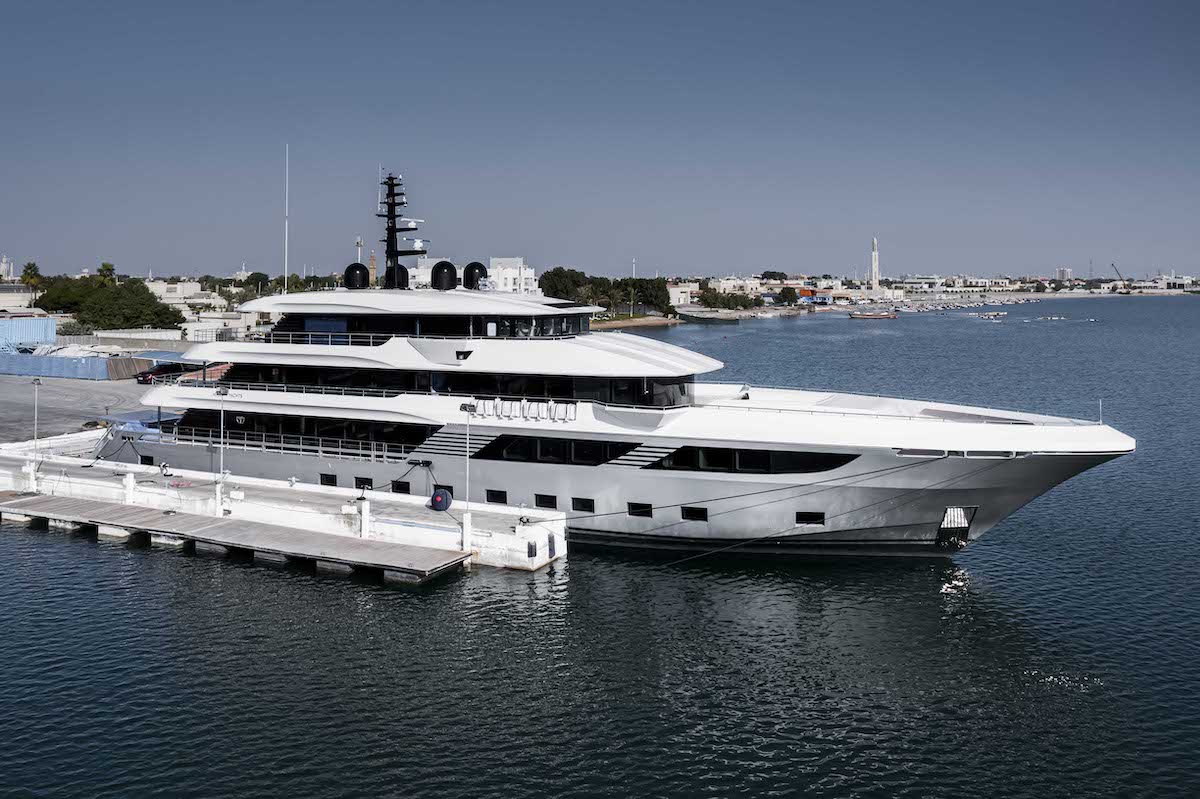 The yacht is fitted with an advanced navigation system on a stylish glass bridge console which is integrated with multiple onboard control stations, sensors, and monitors. The vessel is also equipped with ethernet and a Wi-Fi network that integrates into the automation system for controlling audio/video devices, lights, curtains, and blinds. Two satellite antennas of 1m diameter are installed for tracking TV satellites and VSAT satellites for internet connection.

Kostas Christadoulou, the yacht’s project manager, said: “I’m extremely honored to be part of this historic event. We worked closely with Cayman Island Shipping Registry and Bureau Veritas class society to interpret and comply with rules for vessels over 500GT that normally apply on metallic vessels.” 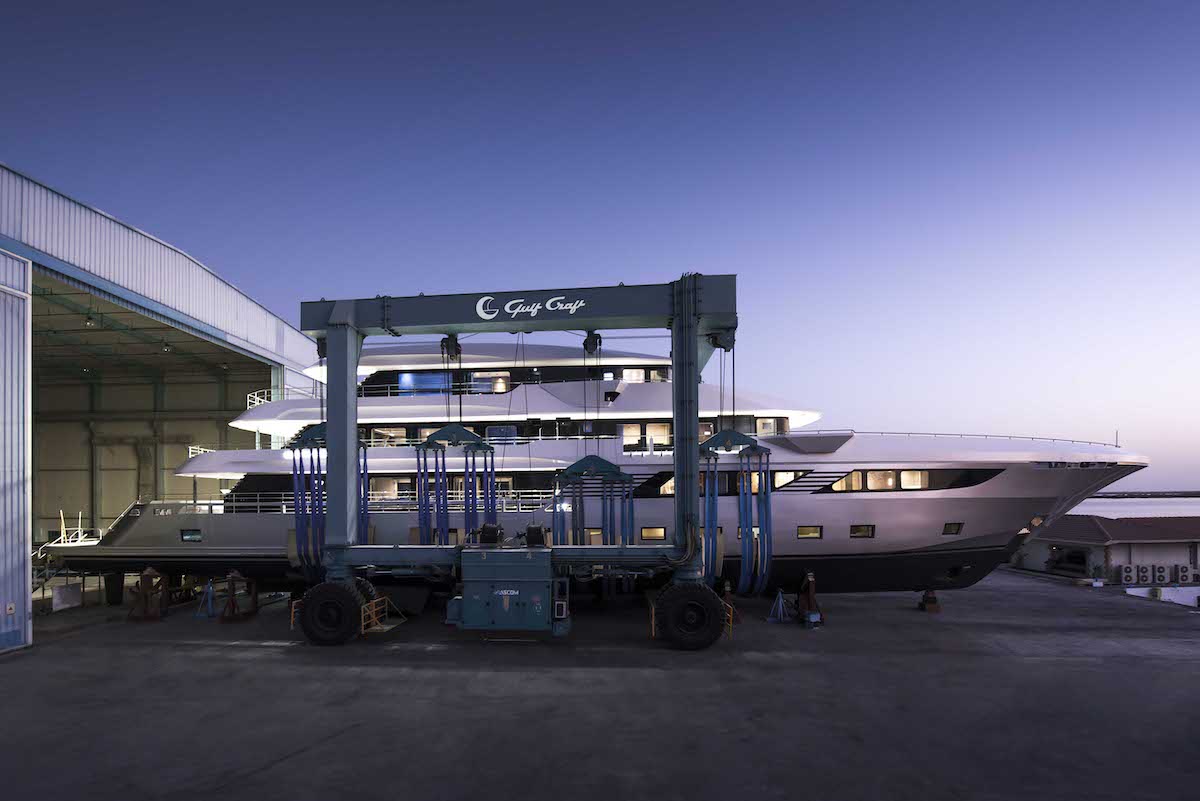 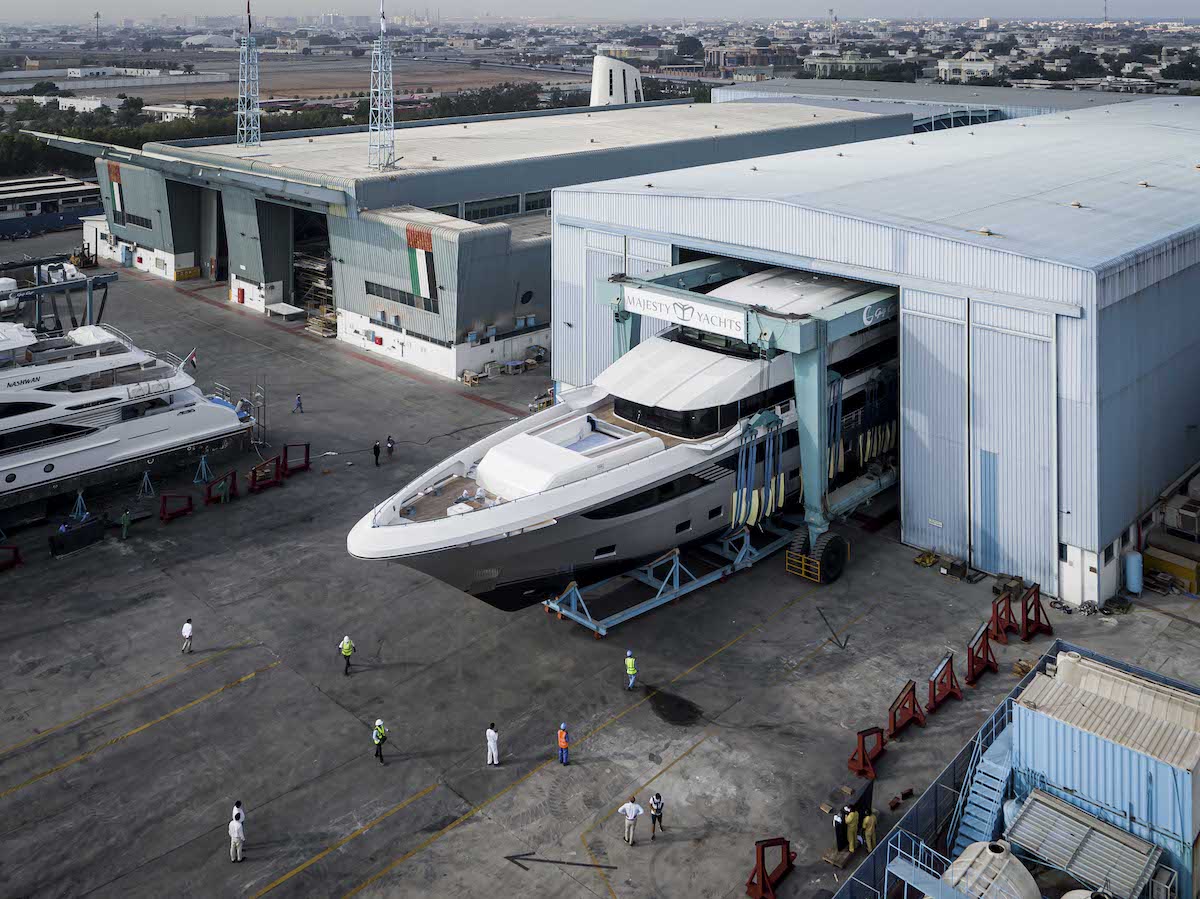